A Road to Rome:

Walking in the Foothills of Catholicism

Why, in a world often thought to be ‘post-Christian’, would anyone seek to convert to Catholicism?  Why would they stand up on the day of their reception into the Church and declare publicly that “I believe and profess all that the Holy Catholic Church believes, teaches, and proclaims to be revealed by God”?  There are many answers to both of these questions, all of which must necessarily contain important aspects of an individual’s own unique situation.  Ivan Oliver seeks to locate the journey he and his wife Ann undertook together in the context of their conversion from Anglicanism, the searing experience of his terminal illness, and the encounter with Catholic worship, thought and action.

Recognizing that Catholicism is definitely not a ‘cafeteria’ religion from which an individual chooses options at will, he thinks through his reactions to major aspects of the Catholic life in liturgy, music, symbolism, social and moral teachings and the prospects for a new evangelization.  What impression did (and still do) these aspects of the Catholic ethos make upon him and what has he come to think of them from within the Faith?

Throughout all the difficulties and joyful experiences of becoming a Catholic the author concludes that this walk has proved to be a truly fulfilling encounter with the Lord.  A journey which continues day by day into Catholicism as the most complete expression of Christianity.  Moreover, a walk into a renewed Faith which he and Ann gladly invite others to share.

Ivan Oliver’s thoughtful reflections on his own journey to the Catholic Church will be invaluable to many, either contemplating the same move, helping others on their conversion path or looking to understand their own faith in an increasingly perplexing world. 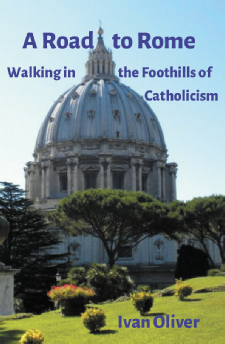