On 21 January 2021, Pope Francis declared Elizabeth Prout to be Venerable, putting her a crucial step closer to final recognition as a Saint and recognising she had lived a life of heroic virtue.

It was undoubtedly heroic. Born into a working class family in Shrewsbury in 1820, she converted to Catholicism under the influence of Blessed Dominic Barberi and Father Ignatius Spencer. She dedicated her life to the service of the poor, working in the slums of Manchester, rife with cholera and typhoid. She set up schools for children and homes for destitute mothers, she educated mill girls and helped refugees from the Irish potato famine and the unemployed, particularly around Sutton, St Helens, and Ashton-under-Lyne. She died of tuberculosis at the tragically young age of 44.  She is interred in the Church of St Anne and Blessed Dominic in Sutton, St Helens, alongside Blessed Dominic Barberi and Father Ignatius Spencer.

Her greatest legacy was a new religious order, the Sisters of the Cross and Passion, and there are now more than 300 sisters working in the United Kingdom, Ireland, the United States, Botswana, Jamaica, Papua New Guinea, Australia, New Zealand, Argentina, Peru and Chile.

Passionist Sister Dominic Savio Hamer is the author of Elizabeth Prout: A Religious Life for Industrial England, the definitive biography of this extraordinary woman, and the author of the shorter biography With Christ in His Passion, both published by Gracewing. She is naturally delighted that Elizabeth Prout has been further recognised on her path to canonisation: “This is wonderful news for the Congregation of the Sisters of the Cross and Passion of Our Lord Jesus Christ. She loved Our Lord so much and also knew so much suffering in her own life and was conversant with the bad social conditions in which so many people lived in Manchester that she will be an ideal person to pray to in our difficulties today.”

A Religious Life for Industrial England

A revised edition of this classic biography of a remarkable woman, a heroine of the Industrial Revolution who immersed herself in the chaos of Manchester's worst slums and brought comfort, education and hope to the poorest of the poor—the largely Irish and immigrant Catholic mill workers. All this was almost incidental to her overriding vocation, for Elizabeth Prout was the founder of a religious order whose members were themselves mainly from working-class backgrounds. Without endowments or wealthy patrons, these Sisters of the Cross and Passion worked tirelessly both to support themselves and to help the slum dwellers amongst whom they lived.

With Christ in His Passion: Elizabeth Prout

This is the shining story of Elizabeth Prout, the founder of the Sisters of the Cross and Passion. Born into a comfortable and happy family in 1820, in her twenties she converted to Catholicism following her encounter with Blessed Dominic Barberi CP, who had opened the first Passionist monastery in England only a few miles from her home. At twenty-one she was the youngest, and the first Catholic English woman to found a religious congregation in 19th century England. At great risk to her health she embraced a religious life working with the poor in Manchester, teaching young mill girls, and founding a female institute to combine both contemplative and active life. 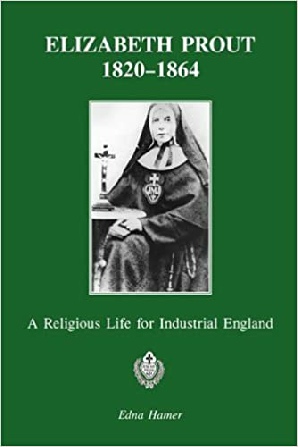 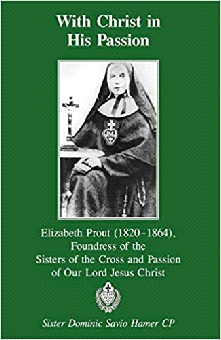