Here is a forthright, succinct and readable analysis of the nature and consequences of secularisation, including a wittily acerbic history of its ideological evolution. But this is not just a social history: it is also a guide to how we as individuals can change history. Every major institution in the West has been dominated by secular humanists for decades. The results for society have been catastrophic. The demise of the shared Judaeo-Christian beliefs, values and spirituality that hitherto had underpinned our society and given it stability has long since undermined its foundations, leading to a myriad of social ills.

Here ten Christians, one Jew and one Muslim trace the effects on ordinary people of being the first post-religious society. The book's first theme is the value of religion at a personal level; the second, its value to society; the third that the freedoms which Muslims, Jews and non-believers enjoy in Britain and the West today are based on a Christian tradition of tolerance - in stark contrast to the restrictions on Christians in the Muslim world; finally, that the Judaeo-Christian tradition itself is the inspiration of our history, law and institutions and must be vigorously defended. Today the Judaeo-Christian tradition is under attack as never before by the relentless barrage of secularism. The defence of Western civilization requires a concerted rearguard action.

Taken together, the book's twelve chapters, in a defiantly outspoken but also considered manner, articulate a coherent call to arms. Its polemics are backed by thorough research and written by thinkers of distinction. Here is both a counterblast to the secular humanists and ammunition for foot-soldiers wanting to defend Christian civilization. 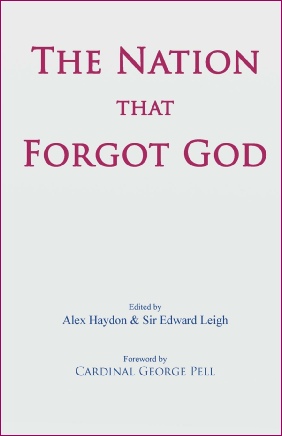