The Servant and the Ladder

Cooperation with Evil, in the Twenty-First Century

Clear ideas about cooperation with evil have never been more urgently needed than in the modern world. Nonetheless, confusion still surrounds what has been called the most difficult problem in moral theology. Evaluating the responsibility of a cooperating agent requires understanding the nature of moral evil, the definition of an act's object, and the relevance of both circumstances and consequences.

The author presents the history of the issue from the 17th to the 20th century by following the debate about the Servant and the Ladder, a proposition condemned as laxist by Bl Pope Innocent XI. Cummings shows that no thinker has managed to address the question satisfactorily, not even St Alphonsus Liguori, who expended "great effort" and is often credited with having settled the matter. With the help of British analytic philosophy, especially the work of G. E. M. Anscombe, and recent contributions to action theory, which complement the clarifications of Pope St John Paul II, the author proposes a new solution to the centuries-old conundrum. While indeed a novel approach, it is, at the same time, a call to recapture the wisdom of the pre-Reformation Catholic moral tradition. 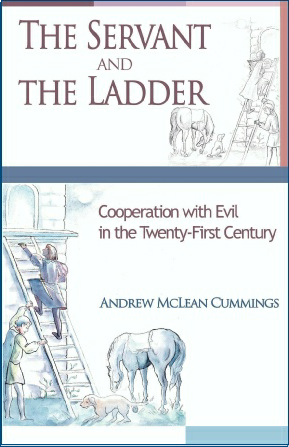