‘An Aristocracy of Exalted Spirits’
The Idea of the Church in Newman’s
Tamworth Reading Room
David P. Delio

In ‘An Aristocracy of Exalted Spirits’, the first book-length study of John Henry Newman’s Tamworth Reading Room, David P: Delio offers a new framework for understanding this highly original work of satire, politics, and theology. In February 1841 John Henry Newman responded in The Times of London to an address given by the leading Conservative politician, Sir Robert Peel, who was to become prime minister of the United Kingdom for a second time later that year. Newman assumed the penname Catholicus and composed seven letters woven together by theological and philosophical themes. These themes coalesced into Newman’s ‘idea’ of the Church which contested an errant view, argued by Peel and others, that science and education divorced from the Church provided an alternate means to human fulfillment. This original study traces the intertwined histories of Peel and Newman and the background and consequences of the letters, while showing how Newman’s ecclesiology was at the heart of his project. The drama surrounding the Tamworth Reading Room helps to complete a picture of the Church and of a Christian trying to negotiate an emerging democratic, scientific, and industrial nineteenth century. This story is still with us today over fifty years from the Second Vatican Council, forty from Lausanne, through the Lambeth Conferences and other ecclesial movements. A return to the Tamworth Reading Room, an oft forgotten work, may help the Church negotiate the perils and promise of the third millennium. 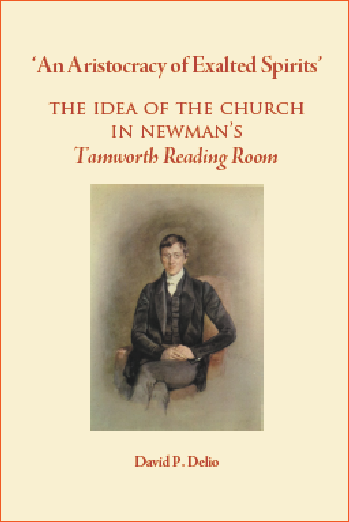