The publication in July 1968 of Pope Paul VI’s encyclical letter, Humanae Vitae, sparked unprecedented controversy about the Church’s perennial teaching on human sexuality.  For several decades, the papal document was disputed and often misunderstood in many circles.  Yet, 40 years on, the prophetic quality of Paul VI’s writing about human love is being recognised by more and more people.

This book by Fr G J Woodall offers a translation of this major encyclical together with a detailed commentary which enables the reader to understand the Church’s message and which sheds light on the richness of the teaching.  It is intended for the general public and conveys the wealth of pastoral teaching contained in Humanae Vitae, a wealth that has too often been overlooked.

Today, when so many are grappling with moral issues in the areas of sexuality and family life, and when society is confused and misled, we can see Human Vitae for the prophetic document that it was and  still is.  Now that the Church is beginning to unpack the legacy of the Theology of the Body bequeathed by the late John Paul II, this new commentary is an important resource. 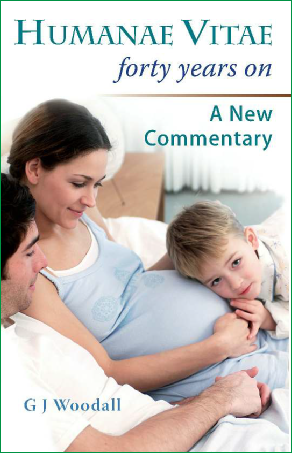