The Other Sun
A Spiritual Autobiography
Olivier Clément


In this spiritual autobiography, Olivier Clément (1921-2009) describes his childhood and youth in an atheist family in a village north-west of Montpellier in southern France. Despite his sense of wonder at the beauty of his surroundings, the dazzling landscapes of the Midi, this young Mediterranean pagan nevertheless suffered from existential angst. At university and in the Resistance during the Second World War, he searched vainly for the answers that no-one could give. After the war, alone in Paris as a young teacher, he was all but overcome by despair and the temptation to commit suicide.

The chance purchase of an icon (a deisis) and the reading of The Mystical Theology of the Eastern Church by the eminent Orthodox theologian Vladimir Lossky led him to search out its author. Under Lossky's influence, he became a Christian, also becoming his friend and disciple, instrumental in bringing Lossky's books to publication, all of which-excepting The Mystical Theology-were issued posthumously after his early death. Clément himself became a prolific author of spiritual books, perhaps the best known in the English-speaking world being The Roots of Christian Mysticism.

Olivier Clément lived and worked in the centre of Paris-the 'City of Light' of the champions of the so-called Enlightenment. Reading his story, however, we come to understand why and how this boy from the dazzling Midi learned to sing instead of Christ, the True Light (John 1:29). First published in 1975 when he was 52, the story stops shortly after his baptism, for, far from being a conventional autobiography, it is the account of how he was led to see beyond the sensuous sun of the Mediterranean and to discover, or rather to be found by, 'the Other Sun'-Christ, the 'Sun of Righteousness' (Malachi 4:2).

Originally published in French as L’Autre Soleil, Olivier Clément’s evocative work is here translated and annotated with an introduction by Michel Donley.

Olivier Clément was born in 1921 in the south of France. In his youth he was a non-believer. As he grew to maturity, he was influenced by a number of Orthodox theologians in France, notably Vladimir Lossky,   Nicholas Berdiaev and Paul Evdokimov, eventually receiving baptism at the hands of Fr Evgraph Kovalesvky, later Bishop Jean-Nectaire of Saint-Denis. He became a member of the faculty of St. Sergius Institute in Paris. In addition to an extensive collection of writings, he edited the theological journal ''Contacts''.

Clément also enjoyed friendship and entered into dialogues on major spiritual themes with a number of imminent personalities including Patriarch Athenagoras, Pope St John Paul II, the priest and theologian Dumitru Staniloae, and the brother Roger of Taizé. 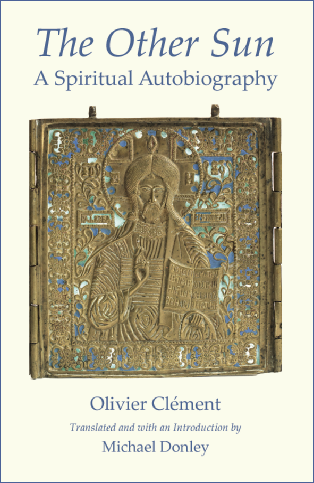