In order to understand England today, it is necessary to understand the Reformation. No other event in the last millennium has caused such a sharp historical rupture. Henry VII's break from Rome and the espousal of Protestant ideas caused a shift on the intellectual and artistic levels, an in every aspect of ordinary life. Once the Reformation had established itself, both Protestants and the Catholics who opposed them would view their world in a new, utterly different light. This book explores the ways in which the Reformation left its mark on England in those turbulent years of the sixteenth and seventeenth centuries. 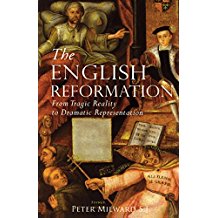