Blessed Antonio Rosmini was a man who reached out beyond the Church to engage in dialogue with the unbelieving world of his time.

A major figure in the nineteenth-century Church - though little known in the English-speaking world - Rosmini could be regarded as the patron of speculative theologians and philosophers for his obedience to, and reverence for, the Magisterium.. This was clearly shown by his prompt and respectful submission when two of his major works were condemned in 1849.  In this biography, the first in English for over half and century, Fr Michael Hill places Rosmini in the context of his family, his friends, his foes and his nation.  He evaluates the impact Rosmini had on other significant figures in the Church, and on his followers in the Institute of Charity and the Sisters of Providence.

What emerges is something of a tragic story.  Though greatly loved and admired by many, he was also often misunderstood; bitter attacks on him by his enemies within the Church and in international politics were the source of much anguish for Rosmini himself and his friends.

Now he has been acclaimed by his fellow Italians and rehabilitated by the Church, his holiness affirmed and his person revered.  A persecuted prophet and an important figure in the intellectual development of the modern Church, Antonio Rosmini is very much a prophet for our time. 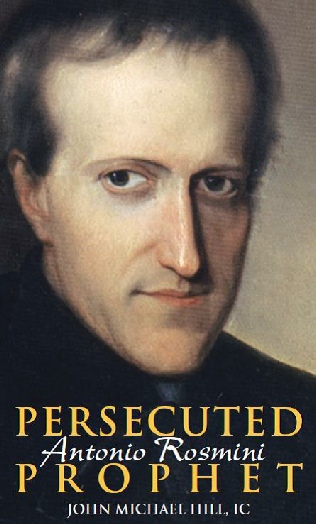