John Paul's exhortation ‘Do not be afraid!’ with which he opened his pontificate alluded to this simple self-giving to God. Christ was at the centre of John Paul's being. He was able to inspire and uplift people on an extraordinary scale, because his life was given over to God and lived with daily faith and courage.

Investigating some one's prayer-life can seem rather intrusive. But John Paul has challenged us, while working on this book, to get to know Christ better, and to understand the true nature of a life lived in union with God. Studying the inner life of this most remarkable man - philosopher, poet, playwright, priest, Pope - we came to understand that at the heart was a simplicity and joy. He has been called ‘John Paul the Great’ and certainly his pontificate was a remarkable one – the collapse of Communism as a power-block, the introduction of World Youth Days, the teaching on the Theology of the Body, the missionary journeys to country after country. He has now been declared a saint, and joins the ranks of those canonised by the Church: in exploring his spiritual life, we can learn what inspired and nourished this great man. 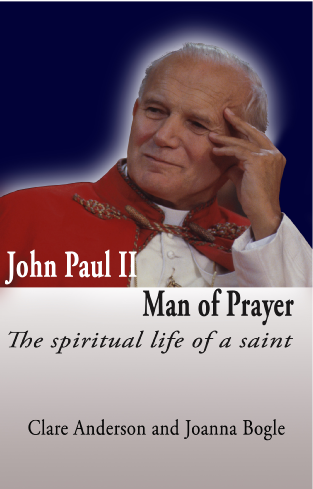