This book seeks to explore the belief that the Catholic Church is the true Church founded by Jesus Christ, both in his earthly ministry (where he commissioned Peter to found his Church, Matthew 16:17-18) and in his resurrection appearances (where he anointed the Apostles with his Spirit, and bestowed on them a ministry of truth, John 20:21-23, as well as confirming Peter in his office, John 21:15-19). All who read Jesus' words should be challenged in their perception and belief in what the Church should really be, how it has come to us historically, and how it subsists now in the modern world. The book is in the form of an apologia, an ancient form of defensive explanation, and seeks to present the truth about the Church in this controversial way, seeking to engage and even challenge the reader to question their presuppositions about the origins and meaning of the concept of church, and its place in the contemporary world. It considers the historical origins, Jesus' intentions, the Apostolic witness, and the succession and leadership following from it (the Petrine Office and the hierarchical episcopacy), the theological foundations, controversies and divisions of opinion. Nothing could be more important theologically, as this affects the type of faith we have in the Gospel, the truth by which the human race seeks for meaning and salvation, and the reality of Jesus' promise to be with us always, "even unto the end of the world" (Matthew 28:20). 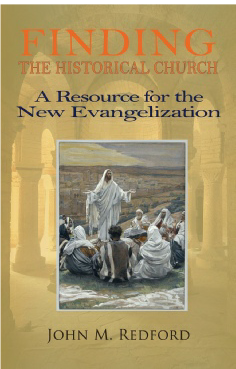