Canticle  of  the  Creatures

This short, beautifully illustrated, book serves as introduction to Francis for all those who may be interested in the saint. His Canticle is in fact an apt ‘way in’ to him, for as Chesterton pointed out nearly a century ago, it is “a supremely characteristic work” and “much of St Francis can be reconstructed from [it] alone.” It will also be a useful resource for Franciscans, in particular for those in the Secular Franciscan Order, for possible use in formation and discussion.

In the vast literature on Francis and Franciscanism much has been written concerning his poem, and though most of it has been in Italian, French or German several valuable works have appeared in English. Each in its different way is highly thought-provoking, as well as deeply spiritual and Franciscan. Each takes its own approach to the Canticle, so that it largely complements the others and says much that is new.  The approach here is different again, so that those who have already read any or all of their books should still find something new in this one.

Seeking to grasp and express the meaning of the Canticle, the essential key is to be found in Scripture: the Old and New Testaments were always Francis’ own main sources. As with every religious writer of his time Scripture informs all his writing; his works are dense with biblical allusions. His original Rule of 1209-10, for example, comprised little more than a series of excerpts from the Gospels.  And his Canticle is no exception. It contains no direct biblical quotations or references, certainly; rather, it is the free poetry of a man thoroughly versed in Scripture, which is his constant background companion.

In this fascinating introduction, John Watts provides a fresh new translation as well as the original Umbrian to provide the texture and rhythm of St Francis’s original composition, shown against its historical and literary background.

John Watts, a member of the Secular Franciscan Order began writing books after retiring from a career in teaching.  His previous published works include histories, a biography, a novel

and with Gracewing the children’s book The Creatures of Number 37. John is married and has six children and ten grandchildren. He lives in Addiewell, a former mining village in West Lothian, Scotland. 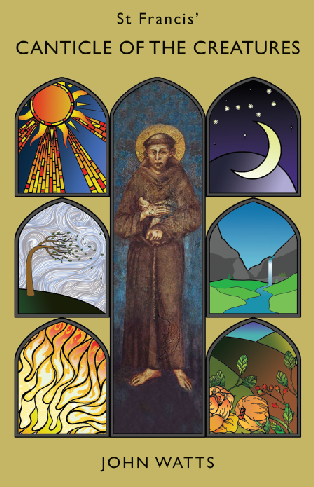 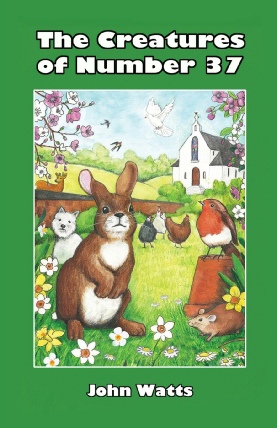 The Creatures of Number 37
John Watts
Illustrations by Pádraig Watts

Number 37 is the home of the Stout Priest and his dog Abey, and of his niece and nephew in their school holidays. The children are from the city and visit whenever they can, because they love the country and the creatures who live in their uncle's garden and in the field and forest and river close by. This book is about those creatures. Each chapter is about a different one, and is a story in itself. But as the year goes round chapter by chapter, and the creatures and humans re-appear from time to time, the whole book becomes a single story, which reaches a climax on Easter night. The Creatures of Number 37 will delight children, and charm many adults too - all indeed who remember their own childhood fondly and have a love of nature and of animals wild and tame.

John Watts began writing books after retiring from a career in teaching. This is his tenth, and his first venture into children's fiction. His previous published works include histories, a biography and a novel. John is married and has six children and ten grandchildren. He lives in Addiewell, a former mining village in West Lothian, Scotland.