Cardinal Basil Hume and Dr Eamon Duffy are among the contributors to this collection of essays on the English in Rome over the centuries.

This relationship has existed on many different levels and A Roman Miscellany explores the lives of many varied characters, from Cardinal William Allen, the ‘saviour of the English Church’ and a plotter against the Elizabeth regime, to Cardinal Henry Stuart, brother of Bonnie Prince Charlie and a claimant to the English throne, including essays on the battles fought by Pugin in the name of Gothic architecture in Rome and the visits of Newman  to the city. 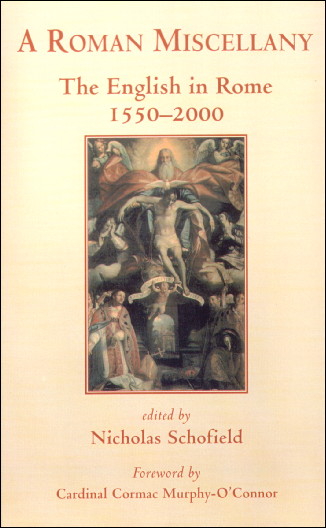