This new book calls for Europe to rediscover the spirit of Christendom and pleads for an informed understanding of Christianity's historical contribution, free from today’s political and ideological disputes. If European history is a verdant plain, then Christianity is the river which flows through it. It is a river with various sources: Judaic tradition, oriental faiths, Greek philosophy, Roman law. And it has been broadened by incoming streams over two millennia from Celtic and Germanic culture to humanism and Romanticism—embracing and re-directing them, but also being enriched and deepened by them.

The failure of the European Union’s Constitutional Treaty has raised serious questions about the Continent’s future. Christian Churches are active in this debate, as social and cultural forces with influence and outreach. Rethinking Christendom explores the background to today's discussions, drawing on views and perspectives from East and West. This book is a plea for a realistic and informed understanding of Christianity’s past, present and future role—in a region where all faiths, world views and philosophies can and should coexist in a mutual creative harmony. 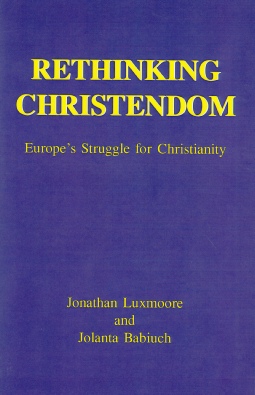