This revised edition of George Bishop's biography marked the centenary of the birth of Pedro Arrupe. In the tempestuous history of the Society of Jesus, it fell to this 57 year old Spanish Basque to guide the organisation through one of the most difficult and crucial periods of religious life: the years after Vatican II. His Generalship was characterised by the struggle for Justice and Faith: religious faith today must be outspoken in its opposition to the social evils of poverty, hunger, the unjust distribution of wealth and resources, racial and social discrimination. He was a “little big man”, so unshakably certain of his faith as not to be fussed by accidents and passing anxieties, even a nuclear bomb. 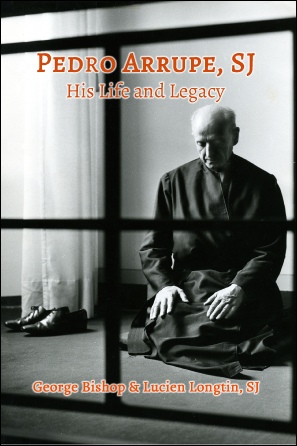 His Life and Legacy

Born in Bilbao in 1907, Pedro Arrupe was supposed to become a doctor, but after witnessing miraculous cures at Lourdes he decided to become a healer of souls instead: he joined the Society of Jesus in 1927.

He was sent to Japan and the outbreak of war saw him placed in solitary confinement and interrogated, suspected of being an American spy. He wrote: ‘I believe that this was the month that I learned the most in all my life.’ He was near Hiroshima when the bomb was dropped in August 1945. His medical skills relieved the suffering of many, but he described that event as ‘a permanent experience outside of history, engraved on my memory.’

However, the greatest work of Father Arrupe’s life was yet to come. In 1965, he was elected Father General of the Society of Jesus, in charge of 36,000 men worldwide. Following the changes of Vatican II, there was tension as to how Jesuits should live. Arrupe warned of repeating the answers of yesterday for tomorrow's problems: ‘If we speak a language no longer appropriate to the hearts of people, we speak only to ourselves because no one will listen to us or try to understand what we say.’ He coined the phrase ‘men for others’, now a theme for Jesuit education worldwide.

In 1979, the crisis of the Vietnamese boat people led him to found the Jesuit Refugee Service and since then, the JRS has served an estimated 40 million refugees.

Pedro Arrupe suffered a massive stroke in 1981, which left him partially paralysed and severely impaired his speech. He resigned in 1983, with these moving words: ‘More than ever I find myself in the hands of God. This is what I have wanted all my life from my youth. But now there is a difference; the initiative is entirely with God. It is indeed a profound spiritual experience to know and feel myself so totally in God's hands.’ He died in 1991 and the process for his beatification opened in 2018.

In this revised edition of George Bishop’s great scholarly biography, Father Lucien Longtin brings the inspirational life of Pedro Arrupe to a new generation of readers. Father Longtin is a retired Jesuit priest who worked in the ministry of Jesuit high schools for over 40 years. 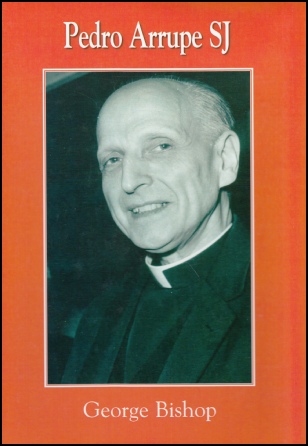