Born in 1867 Leighton Sandy Wason (always known as Sandy) was ordained priest in 1898.

In this well written and engaging biography Roy Tricker tells the full story of Wason’s remarkable life from his days as an undergraduate at Christ Church, where he formed part of the ‘second generation‘ of Anglo Catholics and was a member of the aesthetic circle that hovered around The Spirit Lamp the periodical founded by John Phillimore and associated with Oscar Wilde and Max Beerbohm, to his time as a curate in Suffolk.  After a period in Anglo-Catholic churches in London, he moved to Cornwall.  His time in Cornwall is both inspirational and deeply moving, his Catholic zeal helped to prepare the diocese for its future as one of the pillars of Anglican Catholicism. 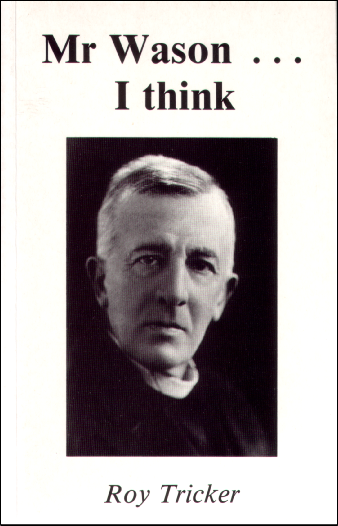