On 20 February 2021, Pope Francis declared Fr Ignatius Spencer to be Venerable, putting him a crucial step closer to final recognition as a Saint.

Ignatius Spencer (1799-1864), great, great, great uncle of Princess Diana, renounced his wealth and position in society in order to serve the poor, begging his way around the British Isles and beyond, wearing the rough black habit of the Passionists, the austere religious order he had joined. He was welcomed by popes, cardinals, and aristocrats and loved by the poor and destitute, particularly in Ireland where, even during the famine of 1845-52, and against the rising tide of Irish nationalism, this son of a former First Lord of the Admiralty, brother of both a former Chancellor or the Exchequer and of the governess to Queen Victoria’s children, aroused the warmth and admiration of tens of thousands of the Irish as he travelled the length and breadth of Ireland preaching in hundreds of churches and chapels.

This is the story of a remarkable nineteenth-century figure who for some was ‘a dirty, mad mendicant’ and for others no less than a saint. Today Ignatius Spencer, already recognized for his life of heroic virtue, is under consideration for canonization. 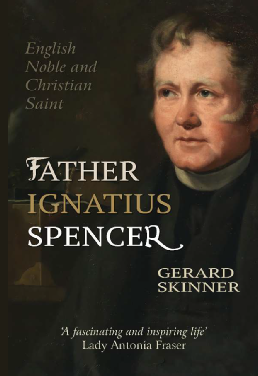