This volume does not intend to be a biography of Paul VI whose personality, teaching, and pontificate have been the object of increasing scholarly attention in recent years. The aim here is rather to increase our awareness of the holiness of this pope—whose influence over the course of the Catholic Church in the twentieth century cannot be underestimated—through the cause for his beatification of which the author, as a member of the Congregation for the Causes of Saints, was the Reporting Judge (Relator or Ponens Causae).

Archbishop Rino Fisichella is the first President of the Pontifical Council for the Promotion of the New Evangelization instituted by Pope Benedict XVI in 2010  A priest of the Diocese of Rome, for twenty years he taught fundamental theology in the Pontifical Gregorian University before  becoming Auxiliary Bishop of Rome in 1998. 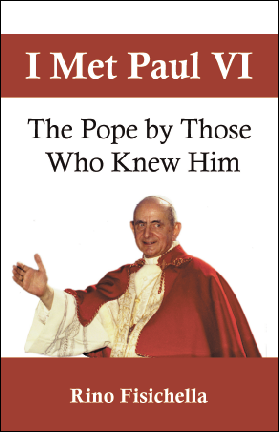