Franz Hildebrandt’s early ministry began and developed under the shadow of the swastika in Hitler’s Germany.  His close, deep friendship and pastoral colleagueship with Dietrich Bonhoeffer in fighting that evil power marked them both as true witnesses for Jesus Christ.

His subsequent exile to England (1937) - his mother was Jewish - his work as a pastor to refugees, as  Methodist minister, as a professor of theology in the USA and finally as assistant pastor in the Church of Scotland reveal him as a man who was fearless for the Gospel and who was also a loving, caring friend practising the faith both in words and life. 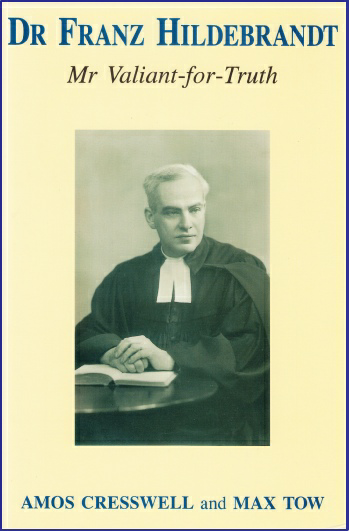