Conscience is my Crown
A Family’s Heroic Witness in an Age of Intolerance
Patricia W. Claus

This is the true story of four courageous men who played pivotal roles in the religious and political struggles which nearly ripped England apart, from Henry VIII’s break with Rome in the 1530’s through the Civil Wars and the Restoration of 1660.

John Hampden, “The Patriot”, was a Puritan member of Parliament who reluctantly fought against King Charles I; his friend and relative the Reverend Robert Lenthall left England’s shores only to return home, disillusioned, barely three years later. Two of the Reverend’s relatives, the Speaker of the House of Commons William Lenthall, and the Speaker’s uncle St Robert Southwell, also played their parts in the political and religious upheavals of the times. The Speaker defended Hampden and four other men accused of treason by boldly asserting the rights of the House of Commons when Charles invaded it in January of 1642, a moment remembered forever in the annals of the Commons. But he also abandoned the faith of his ancestors to cling to power under the Puritan Parliament during the Civil Wars, a source of bitter regret at the end of his life.

His uncle St Robert Southwell, a Jesuit priest, poet and writer of some renown, paid the highest price of all these men for the freedom of conscience, dying as a martyr at Tyburn for the crime of being a Catholic priest. In a world in which religion was absolutely central to the individual, at a time when all Englishmen were forced to choose irrevocable political and religious paths according to their consciences, they all risked imprisonment or martyrdom; but their sacrifices ultimately led to the enshrinement of the ideas of freedom of speech and religion which are now the bedrock of the political systems of the entire English-speaking world. 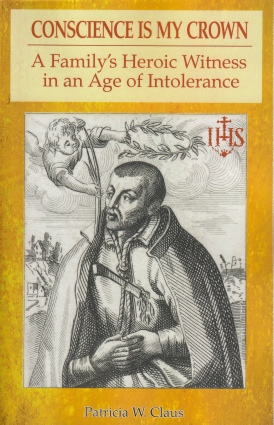