The Origins of the Four Branches of the Mabinogi

One of the most revolutionary books ever published on the literatures of Britain—its subject is the four stories in the collection of Welsh prose tales known as The Mabinogi which have long enjoyed popularity as Wales's most significant contribution to world literature.

The four branches are tales of love, adventure and magic, but also rape, adultery, betrayal and attempted murder. Although most scholars agree that the four stories are the work of a single author, there has been no agreement on where and when they were composed. It has always been assumed that they were the work of a male author, however, Andrew Breeze's sensational analysis convincingly shows they were composed by a female author. 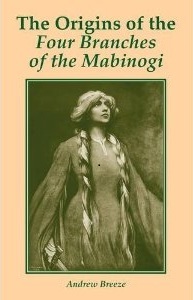