The present book, originally published in French, and now in English with a new foreword by Dom Alcuin Reid OSB, is a splendid example ante litteram of the task of the Hermeneutic of Continuity so courageously undertaken by Pope Benedict XVI.  Without calling for a change in the post-Conciliar discipline of the Latin Church, the author offers a complete and trenchant historical and dogmatic critique of the recent neglect of the individually celebrated Mass in favour of the concelebration.

Here is a careful discussion of the value of the multiplication of celebrations of the Eucharist, in the light of both of the nature of the Eucharistic Sacrifice itself and of the theology of its fruits. A meticulous study of the history of the practice of concelebration, shows that the present practice of daily concelebration, especially among simple priests without their Ordinary presiding, far from being a return to an ancient norm, is in fact a new development.  The author concludes with a carefully nuanced set of practical proposals which, while giving to concelebration its due place, would serve to make better use of the infinite riches contained in the Holy Sacrifice. 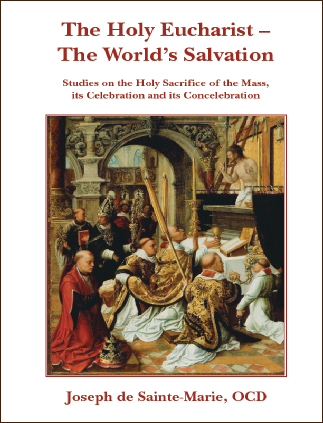