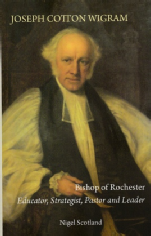 During his two terms of office as Prime Minister, Lord Palmerston raised thirteen new clerics to the bench of bishops. These 'Palmerstonian bishops' often attracted criticism from their contemporaries as well as from later historians, but Joseph Cotton Wigram, who in 1860 was appointed to the See of Rochester, emerges from this biography as a most sympathetic figure, a significant Christian leader, visionary strategist, dynamic parish minister, able pastor and tireless diocesan bishop. An indefatigable worker for education and for mission, Wigram's life of service is a shining example for anyone involved in Christian leadership today.

Archbishop Sumner was a gifted academic as well as an outstanding pastor and administrator. During his tenure as Archbishop of Canterbury, his mild and statesmanlike policies guided the Church of England through a turbulent period, including the restoration of the Roman Catholic episcopal hierarchy in England, as well as the rapid expansion of the Anglican Communion throughout the world. ‘Covers nearly every aspect of Sumner with confidence and authority.’ David Bebbington 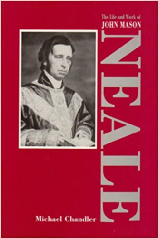 The Life and Work of John Mason Neale

Even by the remarkable standards of nineteenth century Anglo-Catholic clergy John Mason Neale was an extraordinary figure. Despite never attaining high office in the Church and having endured an Episcopal prohibition for most of his ministry, he nonetheless managed to garner an international reputation as a hymnologist and an expert in the Eastern churches. 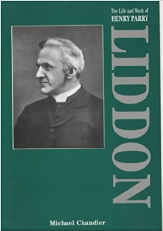 A theologian of considerable intellectual power, who was blessed with spiritual resources and pastoral acumen. In his own day he was famous for his preaching which enabled him to exercise his remarkable gift for communication. 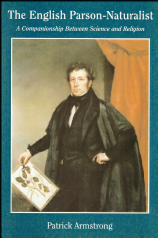 A Companion Between Science and Religion

The figure of the parson-naturalist has long been conspicuous in the English Church and in English science.  Clergy have made a formidable contribution to natural history in England.  Gilbert White (1720-193), the author of The Natural History of Selborne, is perhaps the best known of this distinguished company, but there have been botanists and ornithologists, geologists and entomologists; clerical naturalists have included specialists on molluscs, sponges, fish, orchids, seaweeds and lichens.  These parson-naturalists have played an important role in the foundation of the conservation movement and in the origins of organisations such as the Royal Society for the Protections of Birds and the Natural Trust. 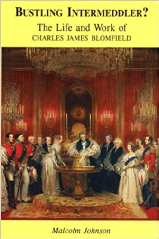 Bustling Intermeddler? The Life and Work of Charles James Blomfield

Described by Sydney Smith as ‘the Church of England here on earth,’ and by Disraeli as a ‘bustling intermeddler’, Blomfield was Bishop of London from 1828 to 1856. His formidable skills brought about reform throughout the Anglican Church, as well as the dislike of most of the clergy.

A Passionate Humility: Frederick Oakeley and the Oxford Movement

Writing of the Oxford Movement, Newman said ‘The most prominent person in it was a man 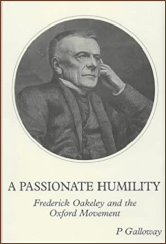 The Parting of Friends: The Wilberforces and Henry Manning

The history of 19th century England abounds with great religious figures and, at the same time, religious turmoil.  Among those who participated in the Evangelical revival now known as the Oxford Movement were Henry Manning and his three brothers-in-law, Samuel, Robert and Henry Wilberforce, sons of the leading social reformer William Wilberforce.  Also within this circle of devout Evangelicals was the influential John Henry Newman, who like Manning and both Robert and Henry Wilberforce, eventually left the Anglican Communion for the Roman Catholic Church.
978 0 85244 176 3 486 pages hardback £15.99 special offer £7.50

Born in 1867 Leighton Sandy Wason (always known as Sandy) was ordained priest in 1898. In this well-written and engaging biography Roy Tricker tells the full story of Wason’s remarkable life from his days as an undergraduate at Christ Church to his time as a curate in Suffolk.  After a period in Anglo-Catholic churches in London, he moved to Cornwall.  His time in Cornwall is both inspirational and deeply moving, his Catholic zeal helped to prepare the diocese for its future as one of the pillars of Anglican Catholicism.

‘Fathers and Anglicans helps us to re-appropriate a vital part of the Anglican approach to the living reality of Christ.  This book deals with the very great significance attached by classical Anglican divines to developing a ‘patristic mind’ which is neither afraid to reason nor ashamed to adore . . . it gives us vignettes of attractive Christian lives like that of Lancelot Andrews.’ Rt Rev Richard Chartres, B
978 085244 450 4  354 pages  £17.99 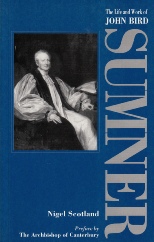