Fascinating reminiscences from Rome open this third volume of Gerald O'Collins' memoirs: stories about Mother Teresa and her beatification, Mel Gibson when filming The Passion of Christ, John Wilkins and the investigation of Jacques Dupuis, a Vatican conference on male impotence, and Richard Hammond and Dan Brown's Da Vinci Code. After a chapter on Joseph Ratzinger as cardinal and pope, O'Collins moves to the busy years when he took up a research post at St Mary's College (now St Mary's University), Twickenham (2006-2009). Gripping stories about Tony Blair, Lord Hailsham, Cardinal Murphy-O'Connor, and others (including the IRA revolutionary Rose Dugdale) pack these pages. On returning to Australia, O'Collins took up residence between Royal Park and Royal Parade, Melbourne, but has continued to lecture at conferences overseas. A Templeton Foundation meeting took him as far as Hamlet's castle in Elsinore. The background to his steady flow of books, including a response to Philip Pullman's The Good Man Jesus and the Scoundrel Christ, will enthrall readers. Nine appendices enrich this volume- not least the page-turning obituaries of Cardinal Dulles, Cardinal Martini, and the Prince and Princess Doria Pamphilj. 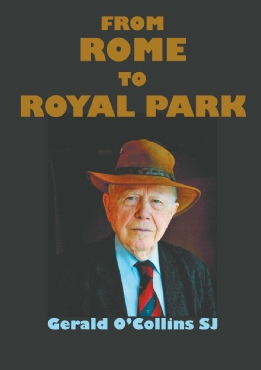