In the Grieving of Her Days

Eight months in the life of Clare Wilson, a widow in her late seventies living alone in a comfortable South Kensington flat which has been her home for decades.  As she struggles to make sense of post-Brexit Britain in a world that has left her behind and that seems full of unhappiness and anxiety, her quiet life is upset first by an unexpected death and then by Covid 19 and its consequences for her and for those she loves.

In the Grieving of her Days is a contemporaneous ‘state-of-the-nation’ novel, and also a particularly accomplished work. Lucy Beckett’s precise and gentle style will please her admirers; this most contained story reminds me of a fifteenth-century Flemish painting with precise domestic details, and glimpses of Libya and Assam in the distance. The passages describing the central character at Mass and at prayer, and her thoughts about her faith, are beautifully written and most moving.

LUCY BECKETT is a novelist, historian and literary critic. She grew up in Yorkshire, was educated at Cambridge University, and, with her husband, the musicologist John Warrack, has lived back in Yorkshire for nearly fifty years. She taught for many years at Ampleforth College, and has written a number of books of different kinds. She has four children and ten grandchildren.

Her other novels, all available from Gracewing, include The Time Before You Die, A Postcard from the Volcano, The Leaves are Falling and The Year of Thamar’s Book. 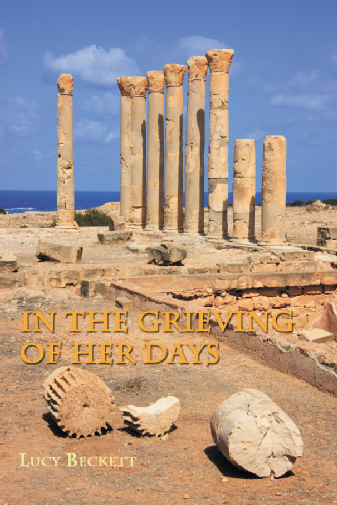