For the last seventy years—ever since his show-trial in 1946—Alojzije Stepinac, Cardinal Archbishop of Zagreb, has been the subject of controversy. In this book, Robin Harris explores recently available original sources, including Secret Police files stored in the Croatian State Archives, to find out the truth. Stepinac led the Catholic Church in Croatia during dangerous times. As a young, untested Archbishop, he confronted authoritarian rule under the First Yugoslavia. After the Axis Powers invaded in 1941, he struggled to steer the right course through the bloody chaos of the Second World War. For the last years of his life, in prison and then interned in the parish where he was born, he inspired the Croatian Catholic resistance to Communist persecution. Stepinac shared the fate of other Church leaders, like Cardinal Mindszenty of Hungary, who were vilified and imprisoned by the new Communist rulers of Eastern Europe. But the campaign against him, originated by the Communist Party, was, and still is, exceptionally ferocious and persistent. Accused of complicity with War-time atrocities, the Zagreb Archbishop’s role in this period is also important in the wider arguments about that of Pope Pius XII. Stepinac often had limited room for manoeuvre. A deeply spiritual man and never regarding politics as his metier, he had to calculate the best way to save lives when violence threatened, and to preserve the Faith—and loyalty to the Holy See—when Tito worked to destroy both. Pope Saint John Paul II beatified Stepinac in 1998. The canonisation was announced as imminent—until the leadership of the Serbian Orthodox Church protested to Pope Francis. This book should ensure that a full and objective assessment of Blessed Alojzije Stepinac can be made. 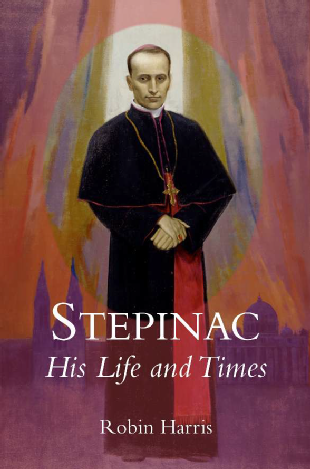