Memoir of a Cistercian novice

This is a book about a young monk's first year, nearly fifty years ago, in the most austere monastic order in Western Christianity. An order where silence was the rule, with hard manual work on top of a strict vegetarian diet. Where work followed prayer followed study for seventeen hours of the day. Where obedience was total and self-flagellation still a weekly feature. Yet his vivid account of that year will make you laugh, hilariously at times, and also weep as he responded to the challenge of making sense of such a life in such a community. 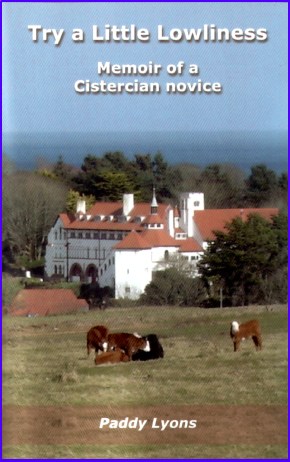